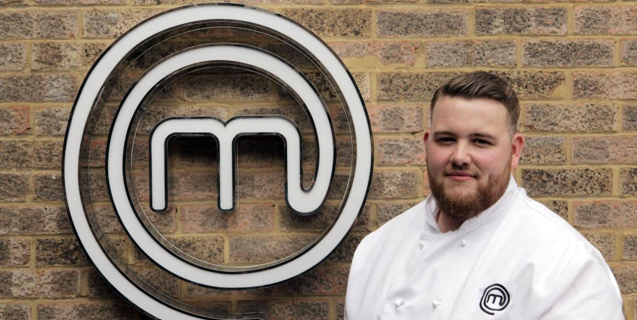 The Vach rumour mill has been in a spin with whispers and murmurs that one of our very own Chefs was competing in the ultimate foodie battle - Masterchef: The Professionals. Last week the rumour was confirmed when Steven Lickley, sous chef at Clarkson’s graced our TV screens!

Sitting on the edge of our seats, we watched on as Steven was put through his paces with a MasterChef Skills Test. The Test - to create and cook a fresh pasta and prawn dish for the judges, from scratch, in just 20 minutes! Steven remained cool under these tight guidelines plating up a delicious Prawn Ravioli for the judges.

Luckily after the intense Skills Test Steven got a breather in the Signature Dish round, where he had to cook his best dish in 1h 15min. This is where Steven truly shined! He wowed and wooed the judges with a Lamb loin and roasted belly with potato fondant, pea shoots, morel mushrooms and an asparagus veloute. The stunning dish and flavours secured our Steven a place in the quarter-finals the following evening.

So again, we all tuned into BBC Two the following night to support Steven and he didn’t disappoint!

The first quarter final challenge was to create a dish using a selection of fresh herbs. Steven took a massive gamble making a chive and dill salad using crab. This gamble certainly paid off! Stevens’s simple but fresh salad was bang-on brief and was clearly the standout dish, easily securing him the first spot in the next round!

The next round was high pressure - Cook for the Critics; where Steven had 75 minutes to prepare a two-course dinner for food critics William Sitwell, Tracey MacLeod and Tom Parker Bowles.

Steven opted to delight the critics with; Salted cod with wild garlic, confit tomatoes, a potato disc and charred baby leek and Chocolate cremeux with compressed apricots and passionfruit curd for dessert.

All three critics were very impressed with both the flavours and techniques Steven showed in his dishes and as a result he scored a spot in the Knock Out Round, which is scheduled to air on BBC Two in early December.

So, make sure you check your TV guide and clear your schedules to watch Steven’s journey through the various grueling MasterChef stages in the hopes to take home the crown.

Posted by Vacherin on 21 Nov 2017
Back to What's Cooking?
CATEGORIES