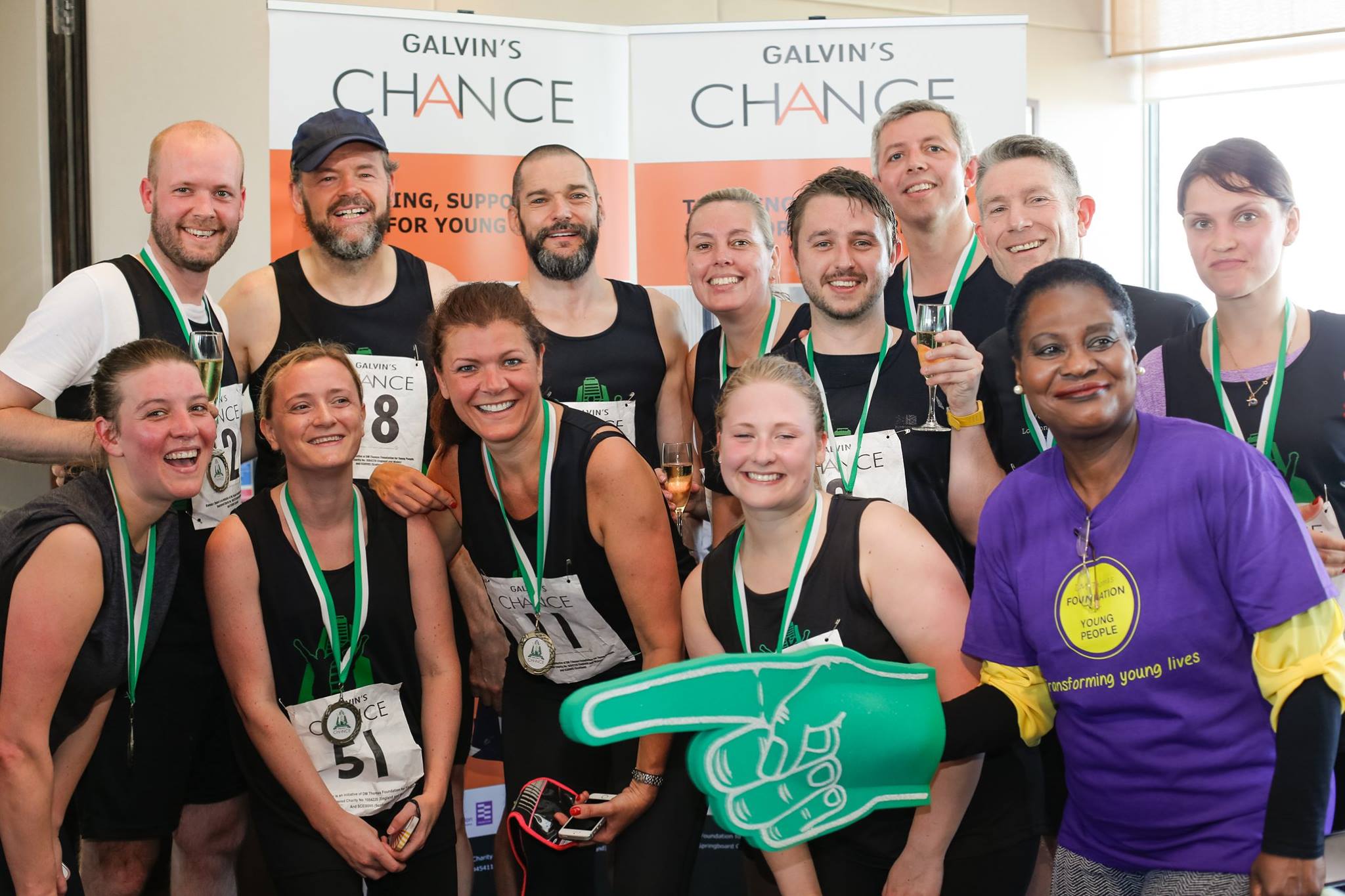 Despite it being 22⁰C our amazing team of runners at Vacherin: Phil, Simon, Zoë, Sam, Laura-Jo, Tom, Zoe S, Hazel and Sarah completed the Power & Tower race with smiles on their faces! Not only was completing the race an amazing achievement but the team at Vacherin excelled in their fundraising efforts, managing to raise over £1000 and as it stands are the team who have raised the most amount of money for Galvin’s Chance which is incredible.

The Mayfair Power & Tower race included a 5km run around Hyde Park which was followed by a challenging tower run up the 475 steps of the London Hilton, ending at the Michelin-starred Galvin at Windows restaurant which is located on the 28th floor. The race commenced at the bandstand in Hyde Park, participants then ran 5km around Hyde Park; through the underpass on Park Lane to then finally enter the reception of the London Hilton. As a reward for their efforts the racers were greeted with a champagne breakfast, amazing views over London and a finisher’s medal.

Galvin’s Choice is an into work programme for young people which leads to pre-employment hospitality training, a work placement and sustainable employment. An amazing programme which Vacherin are proud to support!

Posted by Vacherin on 26 May 2017
Back to What's Cooking?
CATEGORIES