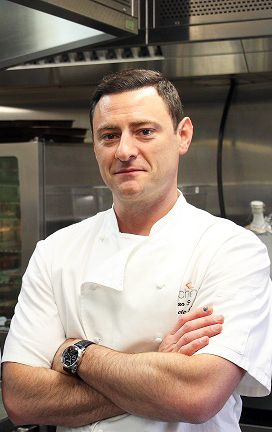 Avoiding the same old mistakes. How to cope with the ever-changing sector

The catering world is a turbulent one to say the least. Consumers are changing the way they eat, restaurants are constantly having to evolve to meet the needs of their customers, and app-based giants are slowly but surely taking over the high street as we know it. And we’re not alone. Retail is struggling just as much, with big-name brands closing their doors nation-wide amid the rising costs and pressures of trading in 2018. So naturally, said industries are becoming increasingly more vigilant to avoid making the same mistakes as those in previous years.

Just because B&I caterers are technically ‘hidden’ from the high street because of being employed by an external client, it doesn’t mean that we are safe from the pressures that come from the catering industry. Times are changing in every corner of the catering world, and downfalls are inevitable for some who are struggling to keep up with the pace. I would even go as far as saying that many still haven’t fully recovered since the 2008 financial crisis. Despite the political and economic rollercoaster that is today’s world, there will never be a lack of demand for creative, well-executed dishes for the public, and especially for city workforces.

I sometimes find it hard to believe the fact that I have been working in this industry for 25 years now. I have had ups and downs and had days where I wondered why I chose this as a career, as I’m sure many of us have… You have to become thick-skinned very quickly as a young chef. Working in heated environments (literally and figuratively), the pressure can really get to you. I was lucky enough to have worked for a very well-known known premium international hotel brand, and loved every moment. We produced fantastic food and put a smile on customers faces. I loved the long hours, the buzz of service and the excitement of finishing that last check. Then suddenly that changed, with a strange head office decision.

They decided to de-skill the kitchens, as this was (in management’s eyes) cheaper and led to better consistency. The food standards dropped, everything I had learned became null and void and instead of receiving whole carcasses, whole fish and vegetables from our local suppliers and farmers and being allowed to be creative and have input into the menus, everything started coming pre-prepared and menus were centralised. Within weeks, I couldn’t bare coming to work and found myself becoming lazy and lethargic because I had nothing to do with the food being produced. It wasn’t mine and I had no idea if the person doing the work even cared about what they were doing. I left to pursue my career elsewhere and I have to say it was the best decision I could’ve made.

I wasn’t the only one and subsequently the company suffered catastrophic financial losses as customers stopped coming back. The business had forgotten the fundamentals of what it had established itself on and lost its staff and customers, but other companies had already started to follow suit and made the same mistakes. After a while, however, it seemed the industry learned its lesson and had its slap on the wrist, and started focusing back on the training and development of chefs, and genuinely nurturing their talent. Giving them back the skills that were once nearly lost. The catering industry realised it had to change, as food and cooking became mainstream and chefs became as high profile as popular television stars.

Then the inevitable started to happen. Customers, clients and supermarkets started to want everything for less and this was driven by the industry trying to undercut each other to win business. This then led to changing the way they operated, and launching the same strategies with different labels, like centralised menus, central production, flexible workforce and supplier support schemes, for example. The thing that people forget is that like clients, staff buy into a company because of its ethos and the way it operates. They want to be part of something they believe in and a company that aligns or has its own strong culture.

All too often, it seems that winning business at any cost seems to be more important than sustainable growth and having the right clients for your business and the staff you have. And as we know from headlines earlier this year, this isn’t restricted to the catering industry. So, we need to ensure the skills so many of us have fought to regain over the last 20 years do not disappear again, due to cost cutting, poor management and the overstretching of resources. It may sound great from a short-term business perspective, but will affect us all negatively in the long term.

Posted by Vacherin on 06 Jul 2018
Back to What's Cooking?
CATEGORIES